If enough people repeat a lie enough times, then the lie becomes part of the culture. When the lie is transmitted through the generations, it becomes tradition.

Traditions are the third reason why a person does not commit to veganism. They are not innate, nor natural, but we learn them from our family and our society. Many of them are not harmful (at least not directly), like policemen’s uniforms, gift exchange on Christmas, or folk art, while others perpetuate archaic immoral behaviours, such as early marriage or female genital mutilations. Being part of a tradition or a culture is often used to justify these transgressions, but it doesn’t make them any less harmful for the victims. Fortunately, our society condemns the examples I gave.

But we still need to open our eyes on many others. Bullfighting, foie gras on Christmas, dog meat festivals in parts of Asia, European hunting traditions, wearing fur … All traditions involving someone’s pain that we were taught to ignore. As children, our instinct was to protect animals and play with them, but our feelings of love towards them were suppressed in favor of capitalism. Not that all children’s acts based on instincts are necessarily good ideas.

This is why I strongly suggest questioning the origins of what we know as true, our habits and traditions, especially if they are destructive. I recently wrote an article on reality* suggesting three sources : our tendency to conform to the group, our research of a social consensus, and the projection of our desires and our perceptions of reality on reality itself.

Reflecting on culture and traditions shapes our critical thinking, open-mindedness, empathy, and is an important step for the evolution of Humanity.

You can click on “Continue reading” if you are interested in my short response to tradition being used as an excuse, and why it is irrelevant.

END_OF_DOCUMENT_TOKEN_TO_BE_REPLACED

Happy Mother’s Day to all the mothers out there ! In recent years, my thoughts on this special day have often drifted from the actual celebration. I have thought about it from my feminist, or a consumerist point of view, but this is not what I want to talk about today. Today, I wish to have a special thought for these other women.

The woman who wished she were a mum, but couldn’t. Asking her when she plans on having her baby, will only deepen her pain. Pain from a disease that she does not want to share with you. Pain from a financial situation that is not suitable for raising a child. Pain from a society that will not equally accept an LGBT+ person to raise one.

But she might also feel none of these. She might be one of the women who simply do not desire having a child. And our society is not as tolerant with her. She has less value as a woman than a mother, because it is still in people’s mentalities that women are supposed to want and have children. Her freedom of choice and her own values are belittled by implying that she has not met the right man yet. Her identity as an adult is stripped when being said that she is not mature enough and that she will eventually change her mind.

One in seven European women and one in five American women will not have children, by choice or by circumstance. Their lives do not matter less than the ones of mothers and they do not need to have children to lead fulfilling and altruistic lives. I would actually question the reasons why some women want to have children rather than the opposite, which is independent from the fact that I am sure most women truly love their children.

Finally, I wouldn’t like to forget the billions of mothers that nobody thinks about on Mother’s Day. The mothers who love their children so much, but whose babies are taken away from them by strangers to suffer a more dreadful fate. The mothers whose motherhood is exploited for unnecessary human profit. The mothers whose painful grief will never end.

END_OF_DOCUMENT_TOKEN_TO_BE_REPLACED

Before you start reading another of my “judgemental” posts, I would like to make my intentions with this blog a bit clearer. Disclaimer, right. I don’t want to “veganize” you. I don’t want to hurt you. I don’t want you to have the same opinions as mine. I also don’t want to lie to you (anymore). I want to make you think, or react. I want to inform you. I want to give you my opinions, so that you know me better. You are as much allowed to learn and to accept, as you are to refute or to ignore what I have to say. Don’t expose yourself only to information that aligns with your opinions.

My blog is not neutral or moderated, and will never be. The essence of it is my own lust for revolutions. However, my intention is not to traumatize, to provoke or to shock. (So no pictures or descriptions of suffering animals. Never.) I am well-aware of the reasons why veganism is more controversial to you than other upcoming topics.

I also don’t expect ANYTHING from you. With this blog, I guess I am the giver. I don’t expect any responses, because usually I already know or imagine how you feel. I don’t expect any change in your behaviour. The reason I shared this blog with you is because I finally trust – immensely – in our friendship and I know that political opinions are not enough to change that, from your point of view and definitely not from mine either. As I said, I most probably already know how you feel, and I still respect and love you. The fact that you become better informed people does not change that whatsoever. If I was afraid to share it before, it was precisely for this reason : I was afraid that once I informed you, I would be disappointed in you (you know, I would “think you are a bad person”. It is all so much more complicated than this simple statement!). Well, I changed my opinion and here you are on my political blog. I understood that after so many years it would take much more to compromise my view of you. I am NO ONE to judge. I am no God, I do not pretend to be all-knowing either.

Whenever you feel like you want to read me, I suggest you to be in the right state of mind (open-mindedness, humility, lust for knowledge, possibility of strong feelings). You are allowed to feel, to release your emotions. You need to question. I do not need your justification because I already know you for so many other things. A justification does not change anything. I still invite you to read my articles for all these reasons, even the ones on veganism because you have nothing to lose, and to maybe reread my article about radicalism with another point of view. I actually have many ideas that are not directly related to this topic and I can’t wait to share them with you!

Click on “Continue reading” to see what I think of ignorance in a concise article. It was one of the first ones I wrote.

END_OF_DOCUMENT_TOKEN_TO_BE_REPLACED

I would like – so much – to share with you many of my thoughts and opinions on several topics, and I seem to have trouble finding a good way of introducing simply these things that I have been working on for so long. I have some of your questions up my sleeve, and I hope to surprise you (and myself) with a long interesting article in the upcoming week, that has nothing to do with this one. Meanwhile, I’d like to start a series of 5 short (I promise) articles to present the 5 basic reasons why people are not vegan – to be distinguished from excuses*.

Do you ever question things you do in your daily life, that were taught to you by your beloved family, or your school ? Surely you must disagree sometimes. If you are questioning social constructs, at some point you must be questioning your habit of eating dead animals. You can certainly find many self-development ressources about changing your habits efficiently, if that is your issue* * *.

Addictions (mainly to sugar and/or dairy products) may be a bit more difficult to overcome, but in my own experience with both, it does not take long when you truly believe in what you advocate. In the past, I have already tried eating less, or differently, and it was never 100% fructuous as it only involved my own health and my own esthetics. I am no superhuman. But just as for not eating a human corpse, once I know the impact I have, and the amount of victims it involves (even if morally it only takes one), it became almost automatic. When I was tempted by a wonderful desert, it only took a second or two to remind myself of everything it took to make that desert.

END_OF_DOCUMENT_TOKEN_TO_BE_REPLACED

In this article, I would like to go back on an excuse of non-vegan people that I have heard. I don’t mean “excuse” in a judgemental way. On the contrary, a lack of information does not make a person bad. However, after observing the thinking process of misinformed people when announcing them “you are vegan”, a pattern is undeniable : a mix of guilt (usually not coming from the vegan person) and survival instinct leads to protecting oneself with excuses. So I won’t call them otherwise. Many convinced and now informed vegans did ask themselves the same questions.

Assuming that slicing a carrot and the throat of a cow involves the same amount of suffering, it is first important to remember that 16 times more plants (in weigh) are killed in the production of animal products than vegan products. Close to 70% of the deforestation in the Amazon rainforest is linked to cattle ranching. In France, 46% of all plants produced are used to feed the animals to be eaten, while only 26% are for human nutrition. One cow is fed with approximately 70 kg of plants per day! So in order to minimize the killing of all living beings, a plant-based diet is still much more viable than an omnivore one. 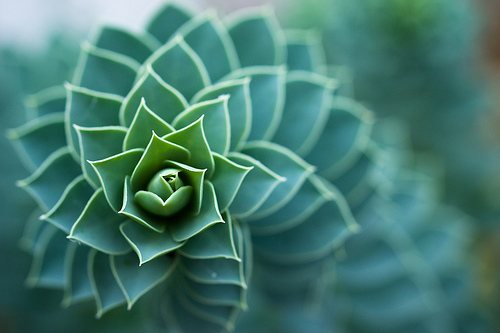 However, the assumption made previously – that plants feel pain – lacks substance, and does not justify the actual pain inflicted on non-human animals.

Clicking on “Continue reading” will open two very important sections that I intended to start my article with, but I ended up highlighting the pain “minimization” aspect of the vegan movement.